The Sharjah Desert Park is a perfect location for tourists, families, and nature lovers alike. Sharjah Desert Park is an information and leisure center for people of all ages with more than 300,000 visitors a year. Established as a conservation center of the region’s endangered fauna and flora in 1995, the desert Park of Sharjah has been created at the Seih Al-Masmout Reserve. It has over time become a lively retreat center with a spectacular botanical garden, an outstanding petter farm, and rare desert animals’ reproductive facilities which are saved from their environments at risk. However, the breeding center is not open to the public at large.

Dubai’s desert park Sharjah is a vast land that has been an amusement park. It can also be a learning journey, not simply an entertainment experience. Sharjah Park consists of three major museums, including the Museum of Natural History, Children’s Farm, and the Museum of Arab Wildlife. Stretched over 1 km2 of ground, lots of stuff need to be done here. It is appropriate for persons of all ages. This iconic venue, which should certainly be a must-visit list, is located about 28 km from Sharjah. Please read about Sharjah Desert Park for more information. On all days of the week, except Tuesdays, the Sharjah Desert Park is open to the public. Day-by-day schedules are different. The park is open every Sunday to Thursday from 9 a.m. to 5:30 p.m. The park will be open from 2 PM to 5:30 PM on Friday and open from 11 AM to 5:30 PM on Saturday.

Sharjah Desert Park is situated at interchange 9 along the Al Dhaid Highway (E88) and is 21 km away from Sharjah International Airport and 44 km away from Dubai International Airport. It is one of the top locations on holiday in the UAE in Sharjah. It covers an extensive 1 sq area. A specialized reserve in Arabia’s Wildlife Centre, Sharjah Botanical Museum, Sharjah Natural History Museum, and Children’s Farm is a kilometer away from Sharjah desert park. It’s one of the few places tourists under one roof can encounter wild animals, traditions, and history. It allows tourists to learn more about the region’s flora and fauna. However, the Sharjah desert park entrance fee is AED 15.

The Arabic Wildlife Center is the only ‘zoo” in the UAE where all of the Arab wildlife remain in their natural environments and is one of the desert park’s main attractions. It is divided into five parts, also called Sharjah zoo. The first section covers snakes and contains the unusual reptiles and insects containing several desert reptiles. Arab frogs, vipers, camel spiders, lizards, scorpions, all of which are included here. For indigenous birds and other feathered creatures, an indoor aviary was built in a desert setting. In the nocturnal animal segment, tourists can see foxes, mongoose, hedgehogs, porcupine, and sand cats.

The Natural History Museum is split into 5 parts and gives tourists a chance to learn about Arab Desert flora and fauna. The first segment ‘Journey through Sharjah’ tells of life on earth by providing audiovisual content on earthquakes and volcanic eruptions. The second segment of the Desert Life introduces numerous ecosystems and desert species. The theme “Time journey,” the subject of the geological displays, is another hall in the Museum of Natural History of Sharjah. This graphic charts the earth’s timeline and features a dinosaur’s fossilized thigh, a large plate of the petrified copper ear, and the first real meteor from space.

It also has rainfall fossils and the oldest rock in the world. Next is the hall “The Living World” that displays visuals of living species along with the individual, environmental, and other natural environments benefits of those creatures. Find the replica of some of the most magnificent species of the water on the Live Seaside on the seafloor.

The admission fee for adults is AED 15 for Sharjah Desert Park. This is AED 5 for kids above 12 years. The money price is deemed by most visitors to be nice since it gives entry to all the areas except the breeding center. The ticket contains guided tours as well. However, the desert park in Sharjah timings is 09:00 am to 06:00 pm.

The Children’s Farm in Sharjah Desert Park, which was opened in 1997 to develop cultural literacy and environmental consciousness among children by the Environment and Protected Areas Authority. For small girls, it’s a wonderful way to have a real encounter with feathered and four-legged mates. Kids will feed their favorites like cows, dogs, Arabic horses, goats, and camels. Poultry species such as mallards, gray geese, ducks, Indian peafowl, and chickens may also be fodder for them. A small library with children’s reading content features an enclosed portion of the farm.

Young guests will feed and pet in the outside area of the farm their preferred animals. Children can feed domestic livestock, for example, cows, sheep, Arab horses, goats, and camels. People of all ages will take part in sensitization exercises and workshops to get acquainted with the animals and birds of the region. A small library with children’s reading content features an enclosed portion of the farm.

The Botanical Museum Sharjah opened in 2008 and exhibits seeds, herbs, and trees interactively. Interactive exhibits and spectacular audiovisual activities allow you to learn about plant life and its diverse forms such as mushrooms, algae, bushes, and grasses as a fascinating and vibrant educational destination. Furthermore, it will also teach you the value of plants. Near the Botanical Museum, there is also an Islamic Botanical Garden, with plants described in the Holy Quran and the Al-Sunnah.

The Botanical Garden of the facility belongs to the Natural and Museum of Botany Heritage. In Sharjah, there are 91 types of local plants. Besides indigenous vegetation, the area is also an excellent location to study local soil types. Graphic illustrations demonstrate how local fauna and flora survived over time in the various climes of Sharjah. The segment Desert Life illustrates the desert climate and how living creatures can live under difficult conditions in the desert. It also describes for individuals, the ecosystem, and other natural habitats the benefits and detrimental effects of these species. The fifth hall is The Living Sea, where replicas of aquatic animals are exhibited. Also worth visiting is this display of the marine environment. For people of all ages, the Sharjah Botanical Museum is a vibrant and thrilling edification destination.

In 1999 the Ruler of Sharjah inaugurated one of the highlights on the desert park in Sharjah, an Arabia Wildlife Centre. It is recognized as the first natural reserve learning center in the UAE. Arabic Wildlife Center aims to teach tourists about life-species richness in the Arabic Peninsula. In this segment, there are snakes, including the cobra, the buffer snake, and the vipers, which are endemic to the Arab Desert. This field reflects the avifauna of the Arabian region’s numerous valleys, deserts, and mountains.

Nightly animals watch some night-active animals, such as foxes, mongooses, wildcats, candy, and more. Five enclosures that house baby hamadryas, Arabic wolves, stripped hyens, Arabic leopards, and other carnivores include large carnivores and primates. The cafeteria and viewing area is therefore a spacious viewing zone that doubles as a coffee shop as well. The tourists will enjoy a large antelope show panorama, and view species such as the Arabian Oryx, the ostriches, the gazelles, etc. This zoo in Sharjah Desert Park offers information on each species through audio recordings and educational panels in addition to animal sightings.

The aim of BCEAW, founded in 1998, is to protect animals at risk. The center has also been a research base for some of the most endangered animals in the area, including the Arabian Cobra, Leopard, and more. Also, the BCEAW takes part in international breeding programs for animals such as sand cat, cheetah, etc.

The Islamic Garden is the first of its kind in the Middle East and opened in the Sharjah Desert Park in 2014. The garden is home to plants in the Holy Qur’an and Prophet Muhammad’s Sunnah (peace be upon him). 44 species such as aloes, lemon, henna, kutum, and others are among them. Visitors can learn about plants through recognizing cards and touchscreen interfaces. Visitors will also dine in a café and visit the bookshop, which contains books that are suitable for all.

It has been concluded that Sharjah Desert Park is a rehabilitation zone covering a wide region containing three fields, namely: the Museum of Natural History, the Arabian Wildlife Center, and the Children’s Farm. It supports its tourists in gaining the most enjoyable way possible a deeper view of UAE flora and fauna as well as the scientific interpretation of natural processes. This wonderful museum is 28 km from Sharjah along the way to Al-Dhaid. Particularly for nature lovers, this museum must be visited. 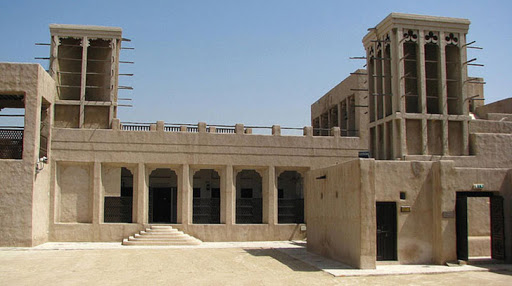 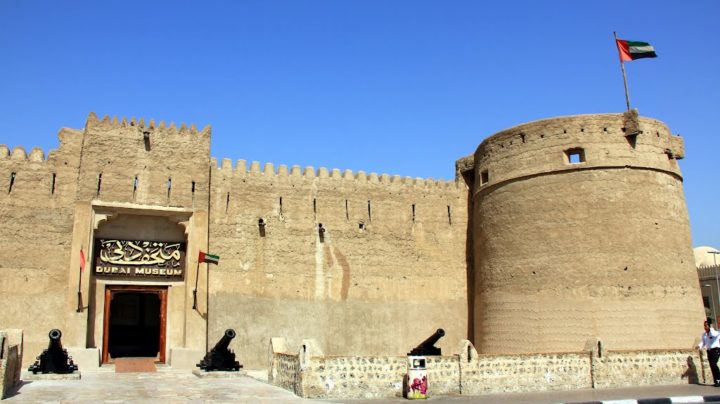