The UAE nation is full and rich in culture, and if you want to learn more, Etihad museum Dubai is a great place to visit. A 21st-century ode to the past, the modern museum spans over 25,000 square meters and includes interactive exhibits which tell how this country came to be and photos of the founding fathers. If you intend a visit soon here, a complete guide on the ticket prices, venue, pavilions and all other related information of the Etihad Museum.

Do many people ask that Why is the location of Etihad museum important? The answer is Etihad Museum is located near the Dubai Waterfront Union Historic Building, the Union Museum is celebrating the 1971 signing of an Arab Emirates document celebrating its rich culture and people’s history. Most of the museum is underground, with permanent and temporary galleries, theatres, venues for events, and archival venues. A reflective pond and place are the site of a dramatic pavilion, with their wave-like parabola curves depicting the parchment that was used as the basis for the unification agreement and its tapering golden columns depicting the stalks on which the document was printed.

You can realize the contemporary past of the UAE at a major cultural site in Dubai. The Etihad Museum is situated in a splendid Jumeirah building with a variety of interactive pavilions that allow visitors to experience the history of the UAE. Visitors will learn how the nation evolved over the years, especially from 1968 to 1974 using photographs, movies, and more. The distinctive curved white roof of the museum was influenced by the constitutional form, designed by Canadian Architects Moriyama and Teshima. It also has seven columns, symbolizing the types used to sign the contract.

To optimize visitors’ experience, the essence of the Museum’s programming as an immersive learning environment required easy flow. There is a multimedia display spanning all over the place and educational information is available to cultivate the site as an active historic and cultural campus. The plain double-curved skin of the Etihad Pavilion is a highly sophisticated envelope and substructure montage. Innovations in steel superstructures and coating assembled were necessary to achieve the big cantilevers of a curving shell, which gave the impression of a floating paper piece. Together with the wide eastern entrance and the bent structural columns, a large structural eccentricity resulted in the primary glazed facade being part of the framework and in the shear. The single columns in structural glass make it the first inclining glass fin façade in the world.

The Etihad Museum is held in partnership between the Roads and Transport Authority (RTA) and the Dubai Cultural and Art Authorities. The question is When was Etihad museum built? And Who built Etihad museum? It opened on December 2, 2016, by the Sheik Mohammed on the 45th National Day celebrations. While the former is responsible for planning, construction, and production, the latter currently manages the site. It is a repository for film content, photos, artifacts, timelines, and interactive exhibits, and the Etihad Museum is marked by the UAE flag over a 123- meter golden pole on Jumeirah Beach Lane. This panoply of originals focuses on historical milestones in the years leading to the unification of the United Arab Emirates.

In the museum, the pavilion has a clear material contrast – a pristine, white marble floor covering the entire room forms the Amphitheater steps that make it possible for school groups and workshops to be arranged in an intimate space for meetings. Although the ribbed black marble is highly textured, it encloses the middle of the building and connects the visitors to the lower floor, housing an exhibition space. The pavilion visitors are carefully designed via the great staircase and ramp underneath the grade, whose shapes represent the brilliant and flowing calligraphic lines of Arabic script.

The visitor flows through the museum, giving the visitor a constant reference point as they traverse the large permanent open gallery and supporting spaces that enclose them. The flow of movement is further emphasized by the white, billowing roof planes created by patterns of wind patterns on the desert sands and highlighted by the sculptured wood columns and the luster of the bronze type which show the warmth of this lower slope.

The operating hours at the Etihad Museum are from ten a. m. to eight a. m. every day. You can contact the museum’s team on +971-4 515-5771 or e-mail them at etihad.museum@dubaiculture.ae to get more detail about the information listed above.

If you want to visit the museum, the main question is How do I get to Etihad museum? The easiest way to get to this place is by car or taxi. There’s plenty of space in the parking lot of Etihad Museum if you take your vehicle. The Al Yafaliya stop on the Dubai red metro line is the nearest underground station to the Museum of Jumeirah Etihad for those who travel by public transport.

Etihad Museum provides a fascinating trip to the past through a historical chronology of historical events, which led to the union of the Emirates in 1971. The main curiosity is that What is inside Etihad Museum? In Etihad Museum, you are followed by some smaller exhibits on the voyage of the founding fathers of the UAE and the way that the seven emirates were brought together. Here is a short overview of the displays and exhibits at each of the Etihad Museums and the answer to this that Why are museums so important?

The magnificent gallery of all UAE Founding Fathers is the first major exhibition in this museum to which you will be invited. An interactive screen illustrating their biographies and a glass enclosing a number of their properties accompany each photograph. This is a special exhibit in the Etihad Musée as people look at their own and first-hand life through pictures and videos of the rulers that have never been seen before. The second half of the museum shows interesting special effects. The display explains the history of the Union and other significant events during the foundation of the UAE utilizing photographs and music.

The world was plunged into the Trucial countries before the union of the seven emirates. When visitors travel through Section 1 and Section 2 of the museum, an interactive UAE map displays the country before the union of the Emirates. Informational videos and audios of important events in the history of the UAE can also be enabled by visitors as they explore this map.

This is very informative, but one of the smallest displays in the museum. The several agreements that have taken place with the neighboring Arab countries and with the foreign states are seen on the interactive screen. As the name says, visitors can see any major event which took place in the foundation of the United Arab Emirates. The illustration of an irrigation canal details all of the events. This irrigation channel is divided into 3 parts chronologically, each with details on historical events such as the founding of the Trucial Council and more.

Visitors will play a game in this exhibition. All they need to do is disclose the encrypted messages with seven cubes aligning them with the interactive screens in the space. Each cube is a unique topic and offers information and photos on the subject. This show should be discussed if we want to find out through a series of photos and audio messages about the problems faced by the founding fathers before 1971.

The next visitor to the show will be the Seeds of Peace at the Etihad Museum. On this page, an extraminent 3D visual shows how Sheik Zayed bin Sultan Al Nahyan meets Sheik Rashid bin Saeed Al Maktoum in Sayh Al Madira, his fellow countryman and leader. The technology employed here makes the two rulers appear to be in the room.

It is another impressive exhibit in the Etihad Museum is the exhibit of the Constitution of the USA signed by the Governors of Etihad. Copies of the constitution of the UAE in Arabic and English can be viewed here. The friendship agreement between the United Arab Emirates and the United Kingdom signed on the same day by Sheik Zayed declared that the United Arab Emirates Federation is also present here. There is an open hall with interactive displays of educational materials, that visitors can explore to learn more, for example, the production of the unified passports in the United African States. It also provides a synopsis of the Union – both past and future.

In the museum, there are many other attractions and services, as well as all the fantastic exhibits. The Union Building, Union Flag, and Guest palace may be visited by the visitors outside. The Etihad Museum in Dubai represents an important piece of history of the UAE in each of these attractions. The Union House is the birthplace of the United African States (UAE) and the Union Flag is where the founding governors met after the Treaty was concluded. Sheik Rashid Bin Saeed Al Maktoum’s Majlis is also located in the Guest Palace, his private office, as well as a 300-person restaurant.

Tips before visiting there?

Regarding the Etihad museum tickets, a reduced payment of 10AED can be paid by the students having the age of 5–24. For children under 5 or disabled people, the museum is free of charge. Remember to drop down on the 3rd floor by the Seven Sands Cafe and enjoy their delicious sweets.  The hi-tech auditorium video provides a perfect way to get an insight into the Union’s past by interviewing key individuals in detail. If you want to come here, you should plan a minimum of 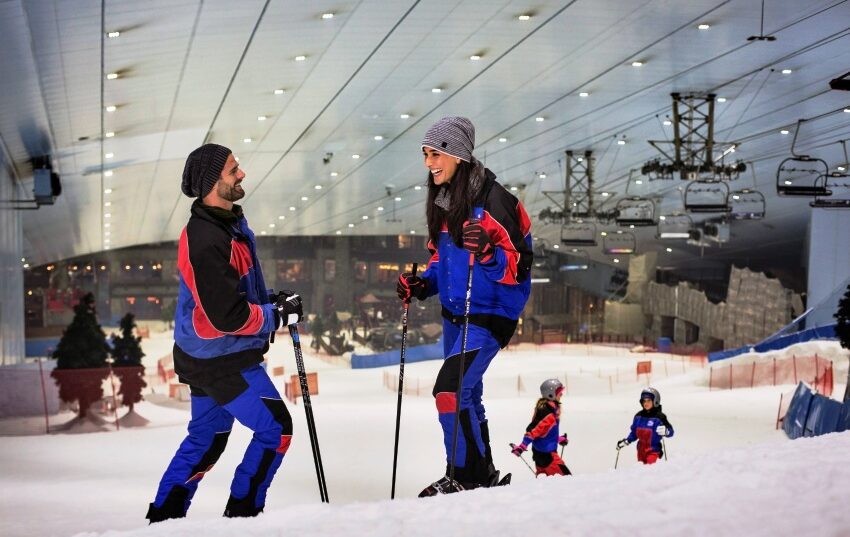