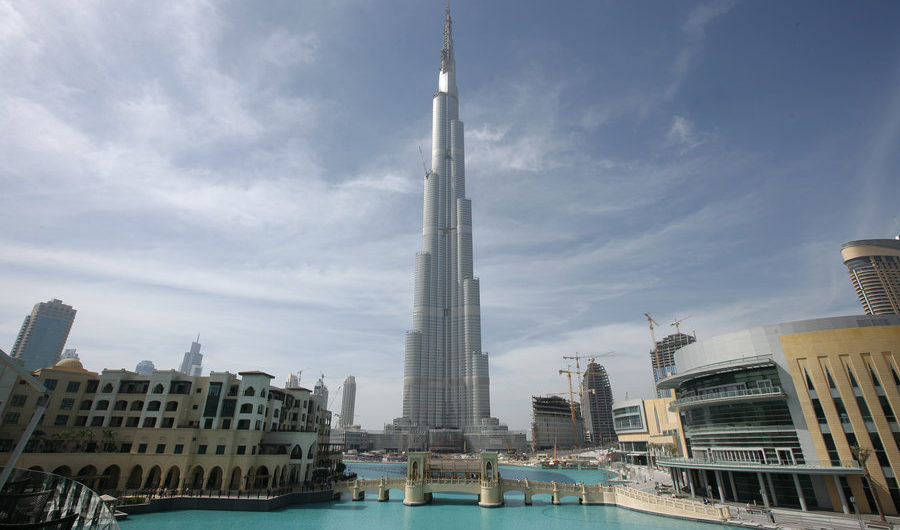 Burj Khalifa which touches the sky with a height of 828 meters, is an unmissable sight in Dubai. It took away the crown of tallest building from Taipei 101 Tower in 2010. The Taipei Tower was 508 meters tall and resembled a stalk of bamboo. As Dubai always takes pride in having the tallest, largest and the most expensive of everything, there is nothing to beat the Burj Khalifa till date.

The supertall structure was opened on January 4, 2010, thereby scripting history and breaking several records. A flower called Spider Lily inspired its design. The sight of Burj Khalifa will fill you with awe and wonder. But, the surprise heightens as you observe it in close quarters and step inside to witness the opulence at its peak.

Have a look at the world records held by Bur Khalifa:

·         The tallest free-standing structure in the world

·         Highest occupied stories around the globe

·         Elevator with the longest travel distance in the world

Wow! That’s something incredible, isn’t it? With these six world records, Burj Khalifa seduces tourists around the world to adore its marvel.

Most celebrated floors in Burj Khalifa

Burj Khalifa has 163 floors, which can make you dizzy as you gaze upon the whole building from outside. So, it is better to go inside and see how architectural excellence can be added to every trivial detail in a structure having whopping heights. Most of the tourists are at sea when they decide to climb up to the top floors in Burj Khalifa. Different websites may show varied levels, and it is sometimes hard to choose one.

There is nothing complicated as the most renowned floors are three in numbers. 124, 125 and 148th floors are the must-visit spots inside the building. When you are booking tickets to visit Burj Khalifa, you have two splendid options- ‘At the top’ and ‘At the top sky’. Given the two great options, one is spoilt for choice. With the elevator that covers 10 meters per second, you will reach the top in the blink of an eye.

It is the pinnacle of wonder. As the name indicates, you will be in the sky, and everything lies beneath your feet. Admire the view of Dubai skyline, the deserts and the Arabian Gulf from soaring heights. There are a spacious lounge and an outdoor terrace giving bird’s eye views of the city. A guided tour is available to roam around the floor and know exciting facts about it.

The 124th and 125th floors in the building have observation decks providing 360-degree views of Dubai. Level 125 cherishes the Arab culture featuring a Masharabiya motif, which is the central theme of the décor. When you are at level 125, don’t miss ‘Dubai- A Falcon’s Eye View’ that gives a novel perspective of the city. The 124th floor has an exceptional outdoor terrace for sightseeing. You can see the world up close in the state-of-the-art telescopes.

It is no matter of surprise that Burj Khalifa has the tallest restaurant in the world. At.mosphere the highest located restaurant and it is on the 122nd floor of Burj Khalifa. Relish a cup of coffee with your beloved from the top of the world. Gaze upon the sunset and the panoramic views of Dubai. The restaurant offers anything from light refreshments to full-course dinner. Taste the mouthwatering dishes in the Continental cuisine while admiring the outstanding setting.

If you visit Downtown Dubai at night, you will most probably be welcomed by the dancing fountain. Dubai Fountain lies in the Burj Khalifa Lake, and it will dance in harmony with the music while shooting water sprays up to 150 meters. It is the largest choreographed fountain in the world. In the evening, the shows will be at an interval of 30 minutes from 6 PM to 11 PM. The timing on day is 1 PM and 1.30 PM.

Find an ideal spot near Burj Khalifa or Dubai Mall to behold the jaw-dropping show of sights and sounds. The duration of the performance is usually 5 minutes. When you stand near the fountain, you will get a splash on your face.

The light show at Burj Khalifa

Burj Khalifa has turned many heads with its laser show. The national flags of different countries are shown in the light show on the respective days. The New Year Celebration of people in Dubai is incomplete without seeing this outstanding show. The whole building will be lit up in a variety of hues. Nowadays, the fountain and light show are shown together, which takes delight to the next level.

Dubai Mall stands near to Burj Khalifa, thereby making Downtown Dubai a shopper’s paradise. Being one of the largest malls in the world, Dubai Mall has a wide variety of international brands for men, women, and children. Dubai Aquarium and Underwater Zoo inside Dubai Mall is a major attraction which attracts tourists of all ages. Shopping, dining, and entertainment are all found under a single roof.

Prime hours is during sunset as the visitors will get amazing views of Dubai skyline at this time, which means that you have to pay more. When you hop on the top floors, you can see the entire city. Also, Downtown will come livelier in the evening. The frequent fountain and light shows will add glory to the sight.

How to get to Burj Khalifa

People who are visiting Burj Khalifa in their own vehicles should leave Sheikh Zayed Road at Interchange 1 and take Financial Centre Road to the Dubai Mall. Those who are traveling on a metro should take the Red Line and alight at the Burj Khalifa Metro station. From there, they can walk to the mall, which would roughly take 10 minutes. No need to step out of the metro as you can walk through the air-conditioned overpass. You can also take the bus like F13 or F16 to alight at Dubai Mall.

The ticket prices to the top floors of Burj Khalifa are high. If you want to dine amid the clouds and have that fascinating experience, book tickets from the official website of Burj Khalifa. The ticket price of At the Top (Level 125+124) starts from 149 AED and At the Top SKY (Levels 148+125+124) starts from 378 AED. Children under the age of 4 can go free.

The price will vary according to the prime and non-prime hours. Also, make sure that you book in advance as going in the last minute is also not good for the wallet.

If you have that long-standing dream to see Burj Khalifa and its renowned top floors, it is high time that you realize it. Choose a date and explore the wonder which stands tall before you.